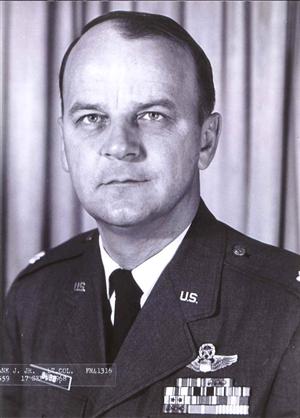 Lt. Col. Frank J. Bubb, Jr. graduated from Tonawanda High School in 1942. The dictionary defines a patriot as "Somebody who proudly supports and/or defends his or her country and its way of life." Frank was a true patriot in every sense of the word. He knew what he wanted to do as a teenager and set the wheels in motion to pursue his goals immediately following graduation.

With Fascism and tyranny spreading across Europe and the attack on Pearl Harbor in 1941, Frank realized our democracy was at risk and was determined to answer the call. When he became 18, he found a job selling cars in order to take flying lessons, unbeknownst to his mother, until he received his pilot's license in 1943, buying his own plane shortly thereafter. He enlisted in the United States Army in 1943 to begin his 31 year flying career.

During World War II, Frank was assigned as a pilot to the Far East Air Forces B-29 with the 98th Bombardment Group. As a 1st Lieutenant he served as a B-24 Liberator Pilot in the China Burma-India Theatre from May 1944 to January 1945. The purpose of those missions was to resupply the Chinese war effort of Chiang Kai-shek and the units of the United States Army Air Forces based in China. No air fields existed and flying over the Himalayas was challenging and dangerous as there were neither charts nor radio navigation aids. Additionally, a fighter pilot never knew what weather disasters might lay ahead.

Frank became one of the founding members of the newly created United States Air Force in 1947 and flew in the Korean War. He was assigned to Japan in 1951, followed by Guam in 1952 and England in 1955. During this period he flew the B-52 Stratofortress, his favorite. It was built to carry nuclear weapons for Cold War-era deterrence missions. In April of 1953 he was appointed temporary Captain and commissioned Captain in 1958.

Following the Korean War, Frank distinguished himself and received an award for meritorious service as Crew Commander at Westover Air Force Base in Massachusetts from January 1958 to February 1963. He coordinated the solutions of the Strategic Air Command by maintaining the strength of its deterrent forces, bringing outstanding credit upon himself and the United States Air Force. That same year, when President John F. Kennedy addressed the nation on the Cuban Crisis, preparing the Nation for what seemed an inevitable conflict, Capt. Bubb was in the air ready to drop the bomb if needed. Captain Bubb flew the B-52 bombers again during the Vietnam War as he continued serving his country.

Due to his bravery, patriotism, dedication and love of country, Frank earned the title of Lt. Colonel in June of 1970, the rank he carried with him when he retired in 1974. His patriotism and 112 successful flying missions earned him several medals over the 31 years he served our country. Medals he received are: World War II 1941-1945; Distinguished Flying Cross; Air Medal-Fourth Oak Leaf Cluster; Military Merit; Meritorious Service; Bronze Star; Air Force Commendation Medal 1958-1963 and Cuban Crisis.

Upon retiring, Lt. Col. Bubb returned to his family home on Morgan Street and enjoyed time with his brothers, playing cards, being on the Niagara River, and enjoying sports, while his passion for flying continued. In 1981 he married Sharon (Zipp). They enjoyed a quiet life and often went dancing to all kinds of music in their 20 years together. Frank was an active member of the Eldredge Club, American Legion Post 264, The Benevolent and Protective Order of the Elks, AARP and the Air Force Association. Not only was he an American patriot, Frank was also a Tonawanda patriot who chose to return to the way of life he fought to preserve.

It is for these accomplishments, dedication, selflessness, and heroic actions that Lt. Colonel Frank J. Bubb, Jr. has been selected to be inducted into the 2018 class of the Tonawanda High School Distinguished Alumni. 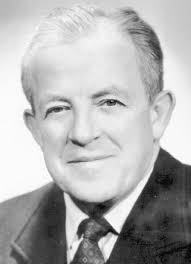 Robert Kiphuth (Bob) is a 1909 graduate of Tonawanda High School whose legacy is unmatched in worldwide Olympic coaching for swimming and diving. Though, it is told, he was never seen in the water and reportedly could not swim, he became a subject of a book titled, "Famous Biographies for Young People, Famous Coaches," by William Heuman.

After graduation, Bob began his career as a physical educator at the YMCA in Tonawanda. He held the position for only four years when Yale University hired him in 1914 as their physical educator. In 1918, the Yale swim coach became ill and Bob was asked to help out until the coach returned to good health. The rest is history as he remained in that position until 1959 when he retired.

Bob was the first coach to require land training for his swimmers. After two months of rigorous physical training on pulleys and weight lifting, learning their strokes and building endurance, the swimmers were allowed to enter the water. "Conditioning" was Bob's motto. Always striving to improve, he spent many summers in Europe, Japan and Hawaii to observe how these countries trained their athletes. His journeys paid off as his teams won 528 of 540 dual meetings, including 175 in a row from 1924 to 1937. The Elis met their challenge in 1938, however, when Harvard University put a temporary stop to the amazing winning streak.

In 1948 Bob was called to coach our Olympic team in London. His team took six gold medals in swimming and two in diving. In total his team took 11 out of 18 possible medals. In 1952 in Helsinki, Finland, Bob's American swimmers won four out of six swimming events, and both diving events. 1951 took Bob to Europe at the invitation of the United States Army to conduct swimming clinics. He also travelled to Iceland and Israel for the Army to demonstrate swimming techniques. It is here he was quoted as saying, "Condition is the secret to success in the tanks."

Coach Kiphuth led the New Haven Swim Club to AAU national indoor championships in 1949, 1951, 1953, 1954, 1955 and 1957. In 1956, he coached, emeritus, at the Melbourne, Australia Olympics. His swimmers won five out of seven contests for the men and three out of six for the women. The remarkable success of many Australian swimmers was attributed to the fact that many of them had attended Yale University and were 'conditioned for the tanks' by Blue coach, Bob Kiphuth. They referred to his gymnasium as the Temple of Sweat. In a hopping exercise, one of Kiphuth's boys hurt his ankle. "Hop on the other one," roared the Eli coach. His boys loved it.

In his spare time, Bob wrote several books on physical education and swimming. But the question remained, "Could he swim or not?" A conversation between two Yale grad swimmers during a Golden Jubilee celebration at the Payne-Whitney pool brought about the answer. Bob did it simply, but spectacularly, by jumping in the pool at that very moment. He swam across to the other side with the crowd staring at him and cheering boisterously as he came out dripping wet and smiling pleasantly. There is a tradition that when passing through Tonawanda, all good Elis doff their hats in honor of Robert J. Kiphuth. We don't have to question why!

Robert Kiphuth leaves behind a record which most likely will never be equaled in the sport. He developed teams which looked upon defeat as catastrophic. He was and is the maestro of the sport. Supporting him all the way was his wife Louise DeLaney whom he married in 1914. They had one son, John, who followed in his father's footsteps and became the Yale athletic instructor in 1959. Bob assisted John at Yale until he passed away in 1967 leaving a legacy far beyond Tonawanda. His legacy touches the spmt of swimming around the globe. For these reasons, Tonawanda High School is proud to name Robert J. Kiphuth as an inductee into the Distinguished Alumni Class of 2018. 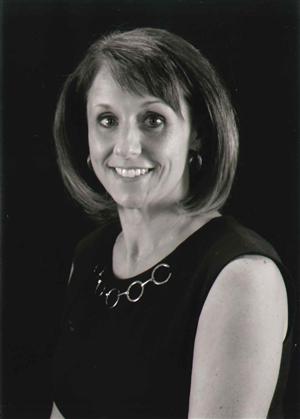 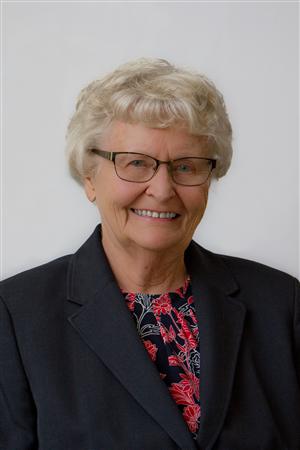 Marion Charsley Miano, RN, Certified Diabetes Educator, (CDE), graduated from Tonawanda High School in 1950. She immediately furthered her education and graduated first in her class from E.J. Meyer Memorial Hospital School of Nursing (SUNY at Buffalo) in 1953. Sixty-five years later she remains active and dedicated to helping her patients. Her remarkable story needs to be told. 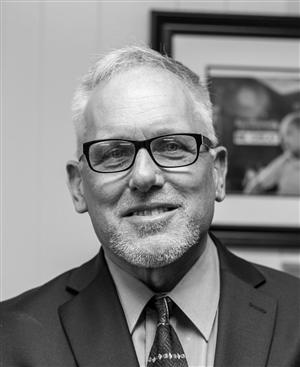